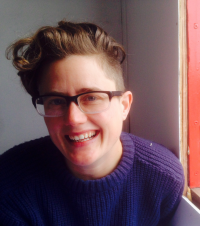 Are you sexist? Creating a building site culture where we can all thrive

What forms does sexism take in the construction industry, asks builder Em Appleton, and what can we do about it?

I imagine you are a pretty great person. You’re reading this magazine, so you clearly care about the building industry, maybe you are a bit of a change-maker, a pioneer in your field, or simply someone who cares about this planet and wants to make a difference. I imagine you care about women and men equally too and believe that women are just as capable of being a tradesperson as a man. You may have worked with women on site, or perhaps you actually are a woman.

Perhaps you would even call yourself a feminist. Scholar and writer bell hooks describes feminism as “a movement to end sexism, sexist exploitation and oppression”. She consciously coined this definition in her book ‘Feminist Theory: From Margin to Centre’ in order to clarify that the problem she is identifying is not men. The feminist movement is not anti-male. The problem is sexism itself.

Sexism is something that impacts us all and is within us all. The definition coined by bell hooks invites us to look inward at how we all have, regardless of our gender, been socialised from birth to accept sexist ways of thinking and acting. As a consequence, men, women and nonbinary humans can all be just as sexist as each other.

We all are impacted negatively by the way that institutionalised sexism (aka “the patriarchy”) is embedded into our culture. The patriarchy requires both men and women to act in a certain way. For instance, when a little boy cries or a man shares his feelings, their masculinity is called into question and they are discouraged from such behaviour. Sexism requires men to be tough and strong and not to share their feelings, even when that is a matter of life and death.

The male-dominated construction industry has the highest suicide rate of all employment industries in the UK. The Office of National Statistics found that the suicide risk for low-skilled male construction workers is 3.7 times the national average. I believe that this tragically high suicide rate is influenced directly by the macho culture that includes a lack of support for men to speak about feelings of depression and failure.

Despite this huge impact on our lives, sexism is elusive, and it takes a conscious commitment to root it out and name it for what it is. Sexism is normalised in our lives to the point that it is so transparent that we don’t even recognise it. Tema Okun, in the report ‘White Supremacy Culture’ , says “culture is powerful precisely because it is so present and at the same time so very difficult to identify”.

Being a woman does not automatically make someone a feminist and owning a woman-run construction business does not automatically eradicate sexism on site. This is why journalist Susan Faludi points out that “you can’t change the world for women by simply inserting female faces at the top of an unchanged system of social and economic power”. Or as Charlotte Bunch wrote in her essay ‘Class and Feminism’, “you can’t just add women and stir”. Often, I have to stop and check myself before I assume that a man, any man, will be better, more accomplished and more experienced than I will be on site. This thought comes into my mind even after the ten years that I have been working on the tools.

This same unconscious bias against women plays itself out when a man takes a tool from my hand to complete a task I am in the middle of… because he is trying to help. And when a new tradesperson arrives on site and assumes that I am the client or the contractor’s wife, rather than the person running the site. And again, when a man assumes the idea spoken first by a woman is his, and it is his voice that is published.

This unconscious bias against women cannot be separated from the violent acts of sexual harassment and bullying that also happen in our workplaces, and which can prevent women from feeling safe in male-dominated spaces.

Therefore, while many of us would resist and stand up against these overtly discriminating violent acts of sexism, we also need to do the work of uncovering the invisible sexism that is within each of one of us. So, I will answer the question. Yes, I am sexist. And so, probably, are you.

And with that admission it is time to do the work, in our workplaces and on our building sites, of ending sexism, sexist exploitation and oppression. It can only be of benefit to all of us to ask the question: “what does a feminist building site look like?”

Sexism is something that impacts us all.

This work isn’t glamorous. It’s going to take a lot of time, questioning and reinterpreting the long-held beliefs and values that we have been taught for generations. None of us get to be the knight in shining armour. And for a cis1 white man, a lot of the time, the work may be to keep silent and make space for women, nonbinary people and people of colour to share their voices, voices that have largely been silenced in our industry.

As Jennifer Armbrust (www.sister.is), the feminist business consultant, says: “to do something as audacious as call your business feminist requires showing up every day with humility, heart, intrepid creativity, criticality, courage, self-love and a passion for growth. It requires accountability to yourself, your business, and to the larger social project of dismantling patriarchal and oppressive systems.”

For my part, I am excited to take on this experiment and begin to explore what a feminist, anti-oppressive, healthy and inclusive building site looks like. I have begun with my list of “100 ways to create a feminist building site”, which you can find on my website at www.emappleton.com/culture.

Of course, there could easily be 100 more. And I would love to hear your 100 ways if you fancy sharing them with me. 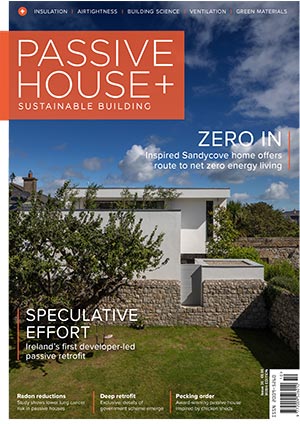